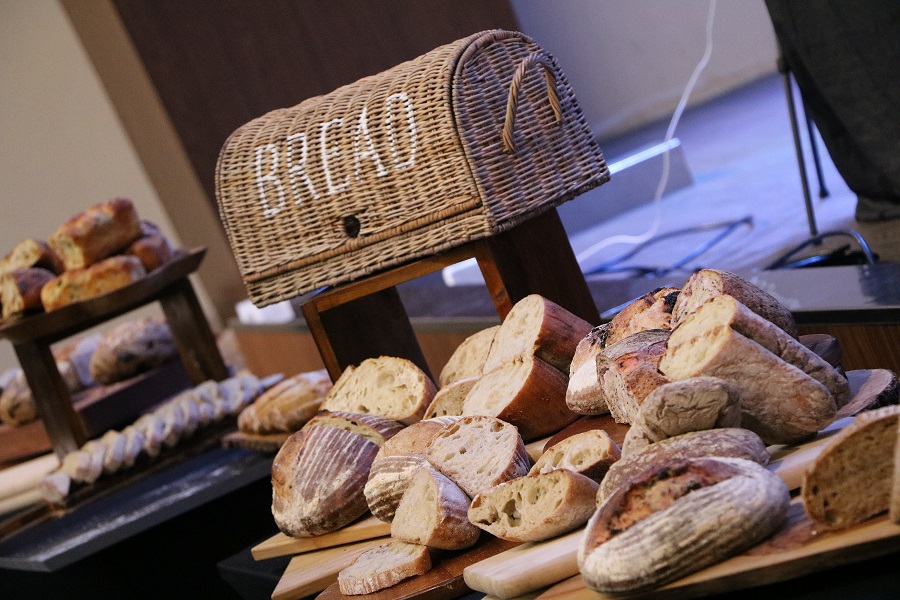 Jakarta Dessert Week is an event that not only presents the beauty of dessert but also focuses on the chef behind the beautiful and delicious dessert. The series of events will be held from 7-20 October 2019.

As the Opening of Jakarta Dessert Week, Podomoro University had the opportunity to hold a seminar and cooking class with Dr. Debryna Dewi. She is an independent bread maker with clients ranging from the lower to upper classes.

The first event that was held by the Jakarta Dessert Week was Artisan Bread Tasting & Seminar, which discussed the philosophy of bread, types of yeast, types of bread, methods of how to make the right artisan breads, till types of industrial or artisan breads. Artisan bread is bread with natural ingredients, consisting of three main ingredients, flour, water, and natural yeast. The explanation is not only about the science of artisan bread, there is also an explanation of the composition of the material, to the stages of its manufacture.

After that, the event continued with cooking demonstration activities to make artisan bread by Debryna Dewi accompanied by Gupta Sitorus. They applied what was discussed in the previous seminar. The event was attended by students of the Hotel Business Program, the Baking Together Community, Silk Road, and the Femina Kitchen Test and others.

In the afternoon, several students of the Hotel Business Program had cooking class with Debryna Dewi made Sourdough. They tried to make bread from scratch with Debryna Dewi’s natural yeast, which she got in America when they were about to start making their own artisan bread called “I Wayan George”. The making of this bread was also accompanied by Hotel Business lecturers. In making Sourdough, he taught many things, namely, “Slap & Fold”, and “Dough Scoring” without injuring the hand using a razor blade.

This is the experiential learning that podivers enjoy. They get direct knowledge from experts in their fields. So they are ready to compete and reach their goals.